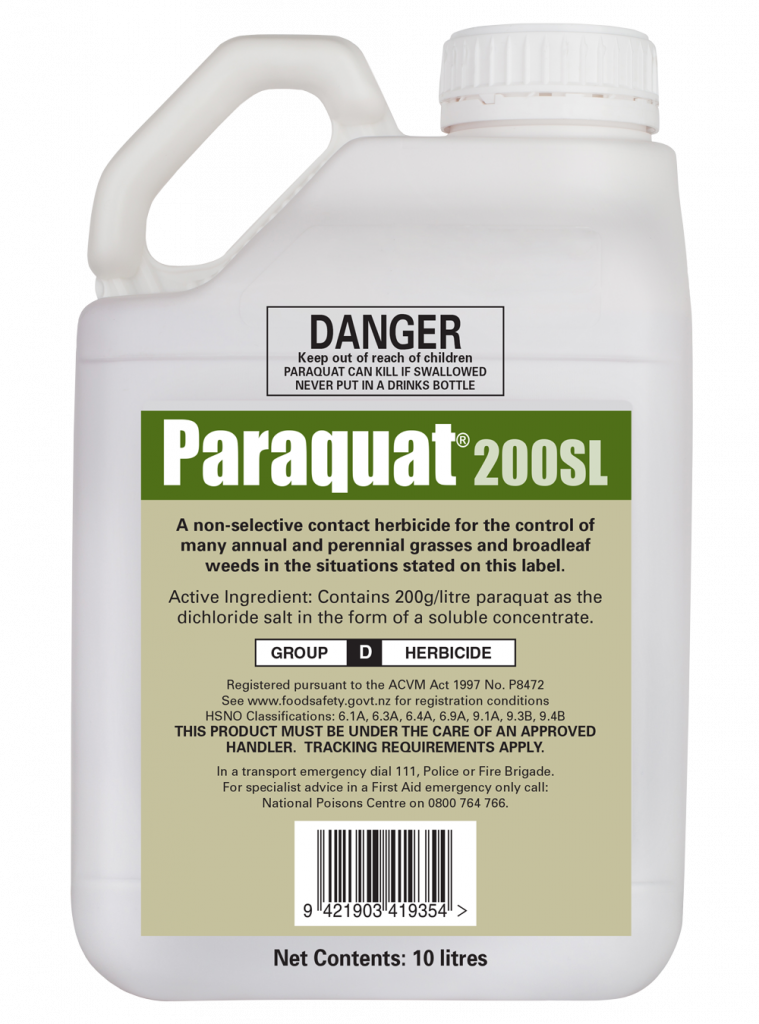 Does exposure to paraquat herbicide cause Parkinson’s disease? Several studies indicate that exposure to the paraquat weed killer, commonly used in commercial farming, may lead to Parkinson’s. Have you or someone you know been diagnosed with Parkinson’s? Have you been exposed to paraquat?

You may be eligible to file a paraquat Parkinson’s lawsuit. You may be entitled to significant compensation. Contact Patterson Dahlberg Law or fill out a free case evaluation form.

What is paraquat used for?

Also known by an end-use name, Gramoxone, paraquat is a popular herbicide in the US. Due to paraquat toxicity levels — after ingestion of even a small amount of the chemical, death may result– it is for sale only to commercial agriculture and is meant to only be used by trained applicators of paraquat.

Use in agriculture is expansive and paraquat is a common herbicide for dozens of crop types, including corn, soy, cotton, peanuts, potatoes, sugarcane and vegetables, and hundreds of acres are doused in paraquat chemicals annually.

Does paraquat cause Parkinson’s?

Ongoing research points to the conclusion that exposure to the herbicide paraquat dichloride 24, commonly known as paraquat, can result in injurious side effects. Clear evidence demonstrates that paraquat poisoning can cause serious injury such as heart, liver and kidney failure, as well as lung scarring.

Growing evidence also indicates that for those who use paraquat, side effects could also include increased chances of getting Parkinson’s disease. A 2011 study published in Environmental Health Perspectives raised concerns around the connections between paraquat use and Parkinson’s disease and demonstrated that, for farmworkers using paraquat, the long-term risk of Parkinson’s could increase more than 200%.

Along with other potentially dangerous herbicides and pesticides, several companies continue with paraquat sales and production. The following companies are some of those producers, though they sometimes market paraquat containing herbicides under other end-use names:

Who is exposed to paraquat?

Agricultural workers and their families are those most commonly exposed to paraquat. However, people living near farms and fields can also be exposed. The following people are at high risk of exposure:

Is paraquat safe to use?

Paraquat is a highly toxic chemical.

While paraquat producing companies have been directed to augment the chemical with some safety measures such as a blue hue to indicate it should not be drunk and a smell that may induce vomiting in the cases of significant paraquat ingestion, herbicidal exposure can occur before, during and after application to crops.

There are multiple routes that small, yet potentially harmful, amounts of paraquat can enter the body:

Paraquat use is banned in over 40 countries around the globe. Such mandates, notably, include countries such as China and members of the European Union where paraquat production continues for export sales.

For example, Switzerland, home to the company Syngenta, a paraquat manufacturer, distributes the chemical internationally, but not within its own borders or the borders of the EU. These actions notwithstanding, throughout the world an increasing number of governments are choosing to protect their citizens from paraquat.

The US is far from banning paraquat. Instead, paraquat use in agriculture has ballooned in recent years. As the continuous and voluminous application of Monsanto’s Roundup on crops has led to that product’s decreased efficacy in weed killing, the industry has pushed other herbicides, like paraquat.

A 2019 US Environmental Protection Agency (EPA) paraquat ecological risk assessment determined, in the face of research indicators and actions by other countries, that the herbicide could still be produced, sold and used in the agricultural sector in the United State.

What is Parkinson’s disease?

If you have any concerns about your health, please call your doctor.

Parkinson’s disease is a progressive neurodegenerative disorder that causes nerve cells in the brain to die off, resulting in impaired movement and damage to other brain function. The disease is currently incurable. While much is still unknown about Parkinson’s, in all cases symptoms increase over time, though they differ from patient to patient.

Are there lawsuits for people exposed to paraquat?

Paraquat Parkinson’s lawsuits will seek settlements for those injured as a result of paraquat use, ingestion or intoxication.

Substantial paraquat settlements may help those suffering the effects of paraquat cover losses and setbacks including the cost of:

Is the paraquat litigation a class action?

Because the effects and impact of paraquat are unique in each case, paraquat lawsuits are not class action suits but filed individually. Paraquat attorneys will explore the most effective cases for people injured by Paraquat.

How do I find a lawyer for a paraquat lawsuit?

Contact an experienced paraquat lawyer at Dahlberg Law today to discuss your potential paraquat Parkinson’s lawsuit. Our attorneys can answer your questions and explain your legal rights. We’re committed to ensuring you and your family receive the financial compensation you’re entitled to. You can also call us at 507-424-3000.