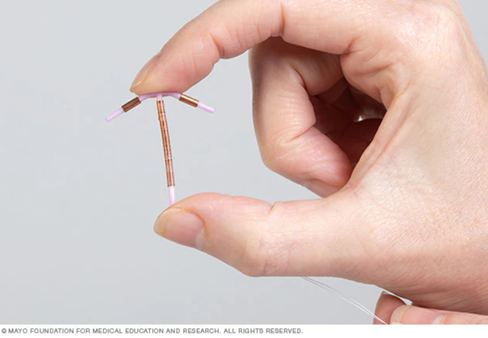 Paragard is a T-shaped, hormone-free, device made of flexible plastic with a thin layer of copper that serves as the device’s active ingredient by preventing sperm from reaching the egg and fertilizing it. The device is placed inside the uterus to prevent pregnancy. It is removable, and can last up to 10 years, according to the manufacturer. However, severe complications can occur, particularly if the device migrates or falls out, or pierces the uterine wall.

The FDA maintains a database of self-reported problems known as the Adverse Events Reporting System (FAERS).  Women with Paragard and their medical providers have made more than 40,000 reports to the FDA FAERS in the 30 years since Paragard was approved, according to publicly available data. Of the tens-of-of thousands of reports, more than 15,500 have involved serious complications and at least 15 deaths. The agency received 7,273 reports in 2019 alone, according to FAERS.

Severe Paragard complications may include:

While you’re using Paragard, contact your health care provider immediately if you have:

It’s also important to contact your health care provider immediately if you think your Paragard is no longer in place. Call your doctor if:

Your health care provider will check the location of Paragard and remove it if necessary.

Plaintiffs are women who were injured by the arm of the Paragard IUD T 380A breaking off and becoming embedded in the uterine cavity. Plaintiffs allege that Teva Pharmaceuticals and the Cooper Companies (1) created a defective contraceptive device and (2) failed to warn both patients and doctors about the substantial risk of the device fracturing upon removal (“explant”) – despite the IUD being marketed as easy to remove.  Records appear to indicate that the manufactures failed to conduct stability testing on the arms of the device before marketing it and distributing it. Proper stability testing likely would have revealed the design defect and allowed for it to be corrected.

December 2, 2021 Update: Over the summer, the two big defendants in the Paragard lawsuits, Teva Pharmaceuticals USA Inc., CooperSurgical Inc., filed a motion to dismiss based on federal preemption. No decision yet.

Unfortunately, the flexible plastic in the arms at the base of the Paragard may become brittle or the arms can become embedded in tissue, preventing the arms from flexing upward like they are supposed to when attempting to remove the IUD.  When this happens, the plastic arms of the Paragard IUD can fracture and break off into fragments inside the woman’s body.

What Injuries Do Fractured Paragard IUDs Cause?

When the Paragard IUD breaks, the fragmented arms can become embedded inside the woman’s body and may cause various internal injuries. The fragments of the Paragard arms usually end up embedded in the uterine wall, which can cause extreme and chronic pain. In many cases, the arm fragments eventually puncture through the wall of the uterus and end up impacting other organs. This can cause several very serious health problems including:

What Are the Treatment Options for Fractured Paragard IUDs?

If the arms of the Paragard IUD break off inside the woman’s body it can be extremely difficult to safely remove them. One option is to attempt to locate and remove the fragments with a hysteroscopy surgical procedure. This involves the insertion of a small endoscopic device with a camera through the cervix and into the uterine cavity to remove the pieces of the Paragard.  Other options for removal of fragmented Paragard pieces are: surgically opening the uterine cavity, or performing a hysterectomy.