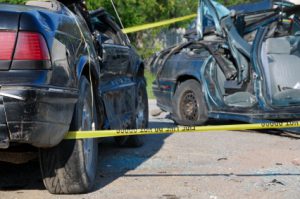 Following a 22-percent decrease in U.S. traffic deaths from 2000 to 2014, both the National Highway Transportation Safety Administration (NHTSA) and the National Safety Council (NSC) report a dramatic reversal of this trend in 2015. For the first nine months of the year, NHTSA estimates that more than 26,000 traffic deaths occurred.

In February 2016, the NSC released a report in which it estimates that 38,300 people died on the nation’s roads in 2015, the highest annual total since 2008. Although this number is an estimate, NSC estimates over the past three years have been accurate to within one percent or less. According to NSC estimates, traffic fatalities increased more than eight percent from 2014 to 2015, the largest year-over-year increase in over 50 years.

An improving economy is cited as one reason for the dramatic reversal in the number of fatal car accidents. Cheaper gas, lower unemployment and more vacations lead to more miles driven. The U.S. Department of Transportation estimates that total miles driven increased 3.4 percent from 2014 to 2015.

Conversely, a recession tends to reduce traffic fatalities. For example, when the U.S. recession began in 2008, traffic deaths dropped nine percent. However, increased miles driven does not fully explain the increase in fatalities. Although miles driven rose 3.5 percent from 2014 to 2015, the death rate per 100 million miles driven rose more – by 8.1 percent. Since safety features on newer cars tend to reduce the number and severity of accidents, the sudden increase in 2015 traffic deaths is real cause for concern.

Driving Habits that Save Lives

To combat these trends, the National Safety Council recommends that motorists:

When impaired, drowsy or distracted driving leads to loss of life, survivors have a right to seek compensation through civil litigation. Such lawsuits typically seek monetary damages for a variety of losses, potentially including pain-and-suffering, loss of companionship and burial expenses. When negligent conduct causes injury, victims often seek compensation for medical expenses, pain-and-suffering, lost wages and other losses.

If you or a loved one is a victim in a crash, it is possible to review your legal options at no cost to you. To ask your questions or to schedule a visit, please contact us.